Thank you very much Japan audio reviewer Teruhisa Onda for an in-depth article about the Weiss MAN301 platform.  Mr. Onda san is leading computer audio specialist in Japan and has been written articles and critics for Japan PC Audio Fans magazine.

After his researched for the ultimate digital audio media player in many years, he settled and purchased his own Weiss MAN301 after the MAN software supports DSD64 and DSD128 playback.

“In this November 2014, I’ll be 64 years old and I think MAN301DSD will be the best and unreplaceable partner in the rest of my life. “

The article can be viewed as PDF 日本語 and English.

The article can be viewed as PDF 日本語 and English. 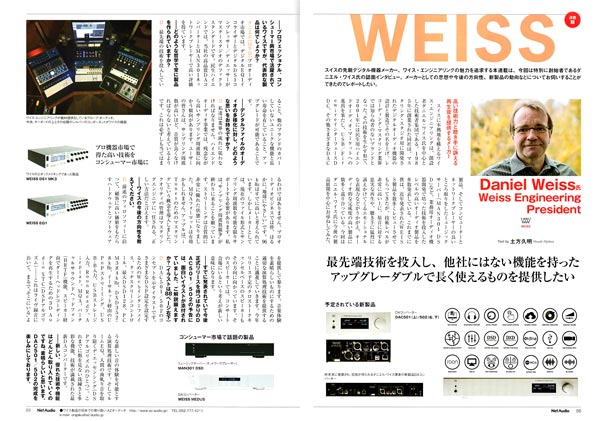